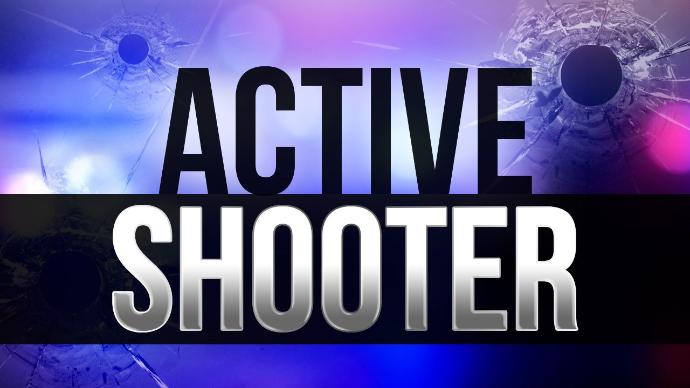 Active Shooter: What’s in the back of every Event Planner’s mind, now?

On Sunday, October 1st, twenty-two thousand people attended a country music festival in Las Vegas. Most of us have enjoyed an event like that.  A concert in the city, walled in by temporary fencing to ensure that only ticketed concert-goers are able to access the field.  How safe everyone must feel?  Every person at the concert has been inventoried by a ticket scanner or an access pass.  And they probably had to get through some sort of security that included a bag check.  So, what is there to worry about?

On that night, the most devastating mass shooting in US history took place.  Over 50 people lost their lives, and the death toll continued to rise for several days after as those who were critically injured either made it out of the hospital alive, or perished from their wounds. Over 500 people were injured.  These wounds and deaths all came at the hands of one man perched in a hotel window overlooking the concert across the street.

It could happen at any time, to any of us.  In this day and age, it has become a concern of event planners who put together a publicized event of any kind.  It can happen in a movie theater in Colorado, or it can happen in a night club in Florida.  But what about your next event?

Earlier this year, I had the great pleasure of serving on a planning committee for a 40th Anniversary Gala of a Jewish preschool.  The planning process was just like any other event of its size.  We booked a venue, a caterer, a band, and casino games.  Later came flowers and lighting.  The months leading up to the event had been peppered with violence and protests fueled by the anger over the election results and the cabinet choices that followed. Synagogues became sites for shootings and vandalism.  No one felt safe, particularly anyone who is a member of a marginalized group such as a minority religion.

It was just a few days before the Gala when the air was let out of our proverbial tires, as one of the committee members, another event professional, posed the question, “Do you think we need to think about security for the event? A publicized event with 300 Jewish people makes me a little nervous… Do we just need to let HoCo police know and they will send someone?”

I was reluctant to take such measures.  Call it denial, I guess… I had only worked on a few events where there was security.  One was a wedding in Baltimore.  The groom owned a construction company, and some union employees had been picketing at one of his jobsites in the weeks leading up to the wedding.  Some days, the picketing turned ugly.  The wedding announcement was published in the Baltimore Sun, so the word was out about the date and location of the celebration.  So the groom hired an off-duty cop to stand guard at the door to the wedding venue, just in case the picketers decided to make an appearance.  Another wedding that required security was one where some fancy politician was a guest.  I wouldn’t know the guy if I fell over him, but apparently he was a big deal, so he came with his own suited men with earpieces and everything.

This innocent celebration for a preschool hardly seemed like it would be a target for violence.  There wouldn’t be an angry mob of construction workers, nor a disgruntled citizen who wants his congressman to make a policy change.  But our experience over the past year has taught us that anything can happen at any time, and it’s best to prepare as much as we can.  So, it was decided by the committee that we had to do something in order to put our minds at ease.  The Executive Director of the school agreed, “I do n​ot believe we need security but making the HCPD aware of the event was an excellent suggestion.”  She reached out to her contacts at the police department and requested, “While we don’t anticipate any problems, we thought we should put this on the radar of the police department since it was a fairly well advertised event. If it is possible to increase your patrol in the area around this time we would greatly appreciate it.”  They accommodated the simple request, and we suddenly felt better.

But what if the event had not been held in a venue with four walls and a roof?  What if it had taken place in an open public setting?  What could we have done?  Even the most experienced event planner would be caught off guard by an active shooter.  Or worse, a bomber.  Did the people who arranged the 2013 Boston Marathon anticipate the tragedy that happened on the sidelines that day?  Is there anything they could have done differently to prevent it?  My guess is, no and no. And don’t even get me started on the Baltimore riots of 2015, because I could go on and on about how that changed my career as an Event Planner.  We certainly weren’t prepared for that, but we handled it like any other emergency situation.  And we managed to hunker down in the Engineer’s Club and avoid violence that ensued less than a block away.

Shootings and other violent events in public have become so prevalent that seminars are how being offered to teach people how to cope, in the moment.  Locally, Joe Mehl: Protection Specialist and Active Shooter Certified Consultant, hosts such seminars.  And the Philadelphia chapter of NACE hosted a seminar entitled “Active Shooter” after a series of mass shooting events took place.

So where does this leave us?  Still scared (all the time!) and not really much we can do about it, I suppose.  Just one of those things we’ll always have in the back of our minds.  Perhaps now we have better evacuation plans, something we rarely even considered for social events in the past.  And perhaps we befriend our local police department and ask for reinforcements whenever we feel there is a potential to be targeted.  But, wow, did this year certainly change the way we think about being targeted…

Stay safe out there!