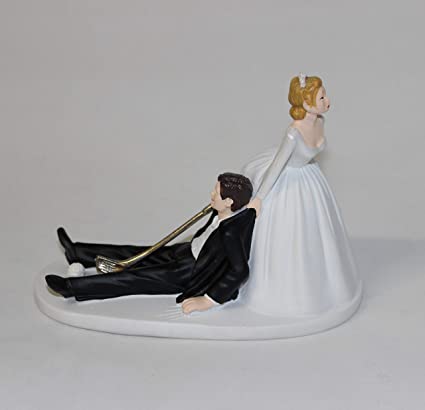 Enough with the degrading cake toppers

Stop with the kitschy cake toppers
We’ve had plenty of weddings with quirky cake toppers. In fact, quirk is what we do best! Not one, but TWO of our clients have had dinosaurs as their cake toppers. 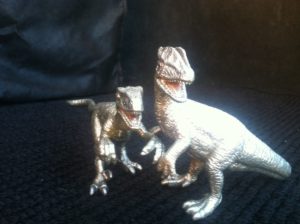 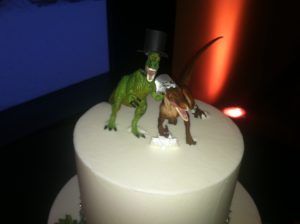 One couple had hippos (adorable!) 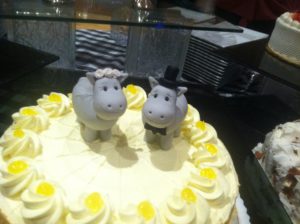 and a few others had likenesses of themselves. 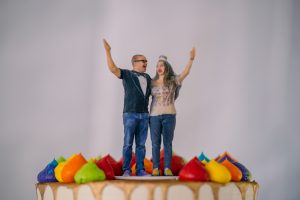 In fact, our first foray into helping a client get 3D scanned was all for that cake topper!
Some even included their dog.

That’s all cute, and we love the personalization. What we don’t love is the reluctant groom being dragged to the altar by his overbearing bride. Frankly, I’m not sure why these things even exist. It’s degrading to women, and a huge implication that woman want to get married, and men do not.
Take this one: 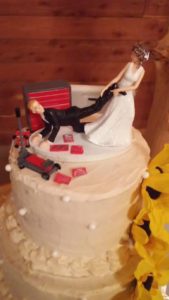 Courtesy of the Facebook Group: “That’s It, I’m Wedding Shaming”

The handyman groom who doesn’t want to be pulled away from his Craftsman set.  He’d literally rather be turning a socket wrench than displaying his steadfast commitment to his partner.  The best comment I saw on social media about this particular topper sums up my feelings about it perfectly: “Why do people perpetuate the myth that men are forced into marriage?  My husband was STOKED to marry me and if a dude isn’t, don’t marry him (Shrug emoji) Men want companionship just as much as women.”
I’d even go so far as to say they want companionship even more than women do, but that’s a discussion for another day.

For some more examples of what NOT to do, and for your shameful viewing pleasure:

We cringe the most at the “ball-and-chain”